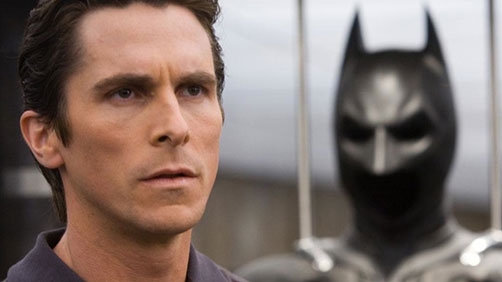 The Dark Knight trilogy star Christian Bale is speaking for the first time about his potential involvement with the planned Justice League movie, stating he won’t be a part.

“We were incredibly fortunate to get to make three [Batman films],” Bale told Entertainment Weekly when asked if he could slip into the role of Batman once more. “That’s enough. Let’s not get greedy. Chris [Nolan] always said he wanted to make it one film at a time. And we ended up sitting there looking at each other, saying ‘We’re about to make the third.’ We never really knew if we were going to get to be there, but if that was how it was going to be, this was where it should end as well.”

I understand where he’s coming from, but as a member of the audience, it’s frustrating. Bale is the best Batman we have ever seen on the screen, we’ve already established the character and the universe, and there’s nothing to keep that from blending and meshing with the Man of Steel universe so the question is, why not? I know Nolan made them one at a time and evaluated before doing each one, and then said number three would be the last one, but why not evaluate again and say, “you know what, there’s more we can do here, it’s a good fit, and it’s obvious.” I don’t get it.