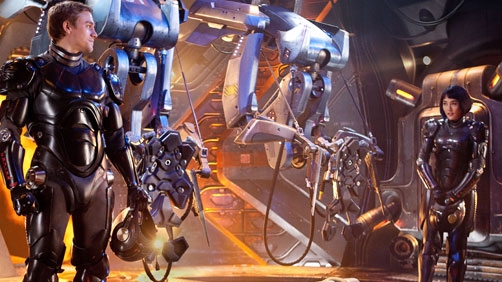 I’ll be the first to admit it: the summer movie season is starting to wear on me. Every week, it feels like we’re subject to another mindless big budget blockbuster, another craven attempt by a big studio at minting a money-making franchise. I wasn’t sure how many more time I could witness the entire world being imperiled, only to be barely saved by our heroes-of-the-week.

For me, Pacific Rim stands above the summer box office fray. Not since I first saw Roland Emmerich’s Independence Day back in 1996 have I felt as entertained and as awed as I did when I saw this film (and if you find that comparison off-putting then Pacific Rim probably isn’t the film for you). This movie was so ridiculously fun that it actually made me feel morenegative about all the other films I’ve seen in the past few months. Below, you’ll find five ways I think the film succeeds where other summer films have failed. Note that there will be minor spoilers, so if you don’t want to know anything about the movie, you should probably stay away from the jump.

This was a good and fun read even if I didn’t agree with everything he said.