Germain Lussier Describes ‘Days of Future Past’ Trailer from SDCC 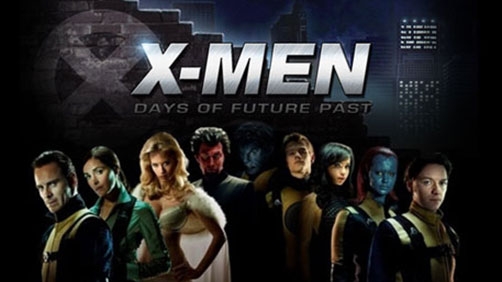 Earlier this year, director Bryan Singer made headlines when he revealed the 2014 sequel to X-Men First Class, X-Men: Days of Future Past, would not only bring back the First Class cast, but most of the cast from the original trilogy too. That created all kinds of questions, even though many fans are familiar with the time travel storyline of the title.

So how do you get fans excited for a film that’s over a year away and still filming? You bring the whole cast to San Diego Comic-Con‘s Hall H and present a brand new trailer that lays out some of the story. That story shows Professor X (Patrick Stewart, once James McAvoy) and Magneto (Ian McKellan, once Michael Fassbender) sending Wolverine (still Hugh Jackman) from some kind of desolate future into the past, to meet up with their younger selves, played by McAvoy and Fassbender.