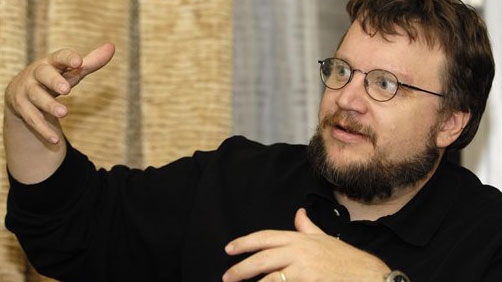 The argument of this ranked list of Guillermo del Toro’s films is that he excels as a pop artist and falters whenever he becomes self-consciously serious. Del Toro’s work is linked by deep-geek genre immersion that makes him a skilled tinkerer with fantasy and horror tropes filtered through a color palette heavy on saturated blues and reds and loads of Catholic imagery attesting to a childhood living with an zealously pious grandmother.

This article is an interesting read, particularly as someone who has not seen any del Toro films before. But of particular note here is that 8th (worst) is listed Pacific Rim. And what’s more, it seems to confirm my fears for the film.

How is it possible that a $200 million kaiju vs. mecha spectacle by a revered auteur became the most derivative movie of a summer season populated with needless sequels and asinine reboots? A joyless distillation of a thousand wonderful things, “Pacific Rim” completely fails to reconcile its cartoonish tone with the scale of its chaos. Travis Beacham’s garish script is to be admired for its lack of cynicism and the multi-cultural solidarity enforced by the premise, but it makes it clear from the very beginning that the world of “Pacific Rim” is populated by laughably wooden ciphers rather than people, evincing a remarkable dedication to cliché that makes you less interested in investing in these characters than you are in their action figures.

I will of course watch the film and judge for myself, but this does not sound good to me.