‘How To Train Your Dragon 2’ Teaser 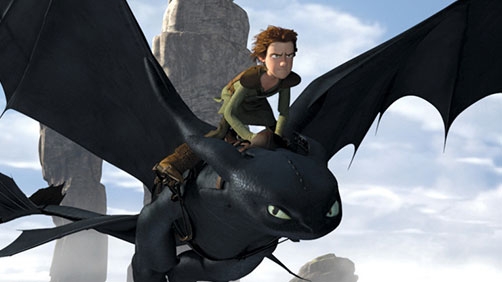 I never saw the first one but apparently people liked it and it did well at the box office and all that jaz so they’re making a couple more. So since I don’t really know anything about it, I’ll just quote the official synopsis and embed the teaser below:

The thrilling second chapter of the epic How To Train Your Dragon trilogy brings back the fantastical world of Hiccup and Toothless five years later. While Astrid, Snoutlout and the rest of the gang are challenging each other to dragon races (the island’s new favorite contact sport), the now inseparable pair journey through the skies, charting unmapped territories and exploring new worlds. When one of their adventures leads to the discovery of a secret ice cave that is home to hundreds of new wild dragons and the mysterious Dragon Rider, the two friends find themselves at the center of a battle to protect the peace.