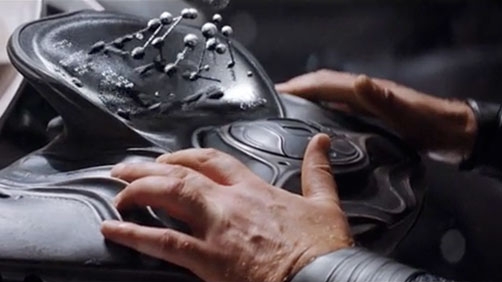 One of the more fascinating elements of Man of Steel was the technology used by the Kryptonians. It is, not surprisingly, unlike anything we use here on earth. Of any problems I may have had with the film, I actually like the look of the Kryptonian tech and the computers quite a bit, it was very imaginative and other-worldly, which is pretty much what you want. And it made at least a certain amount of sense.

It’s too bad there wasn’t a good movie to go along with such a great concept.