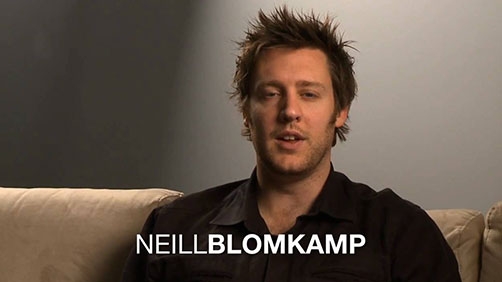 Despite admitting that he is a fan of the Star Trek universe, Blomkamp told Filmz that he is not interested in franchise filmmaking.

“I used to be a Star Trek: The Next Generation fan. Like, big time,” he explained. “But no, I probably wouldn’t do that.

“I don’t know if me getting involved with a franchise is the best thing for me. When studios smell franchises, they smell money. And they’ll try to do what they can to the franchise to make it make the most money it can make, and a lot of those interesting ideas kind of fall by the side of the road.

“Do I like Star Trek on its own without the politics of making it? Yes, absolutely. But do I think that you could make it in the way that I would want to make it? Probably not… which makes me not want to make it.”

That’s kind of a bummer since it’s an interesting idea. Although, I say that without having yet seen one of the guy’s films. But just from what I know of Blomkamp, I think he could make a very interesting Star Trek film. So it’s too bad he won’t consider it. Still, again from what I know of the guy and his films, I think maybe Star Trek is a little to clean and polished for him anyway. I think he likes gritty.