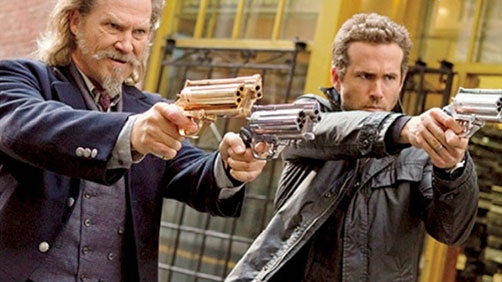 So, according to a search, I have not yet posted anything about this upcoming film. I’m starting to look forward to it so I need to rectify that. In two weeks, Jeff Bridges — a dead guy — will be rounding up some up some dead, bloodthirsty, and evil spirits who refuse to move into the afterlife. I know, right?

It sounds like a crazy concept, and I was all prepared to congratulate the filmmakers on an original concept. But the Wikipedia entry seems to indicate that the film is based on a comic book so, never mind. Regardless of that though, it does look like a fun, and somewhat more original film that I’ll be catching in theaters and hope I’m not disappointed.

Here’s the featurette, and below that you will find the trailer since I have failed to post it thus far.