‘The Avengers: Age of Ultron’ — Joss Whedon Reveals the Sequel! 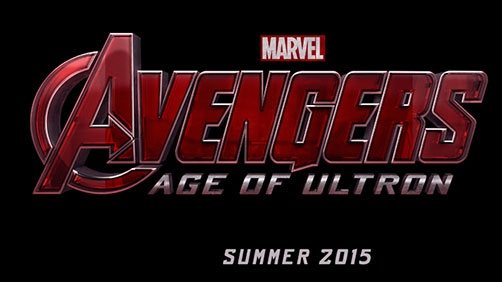 Because there’s so much info on this, I’m going to quote several sources on this. So instead of making this a Linked List post to a single item, this is a big conglomeration of info about the second Avengers film.

First up, Russ Ficher of /Film:

Joss Whedon took the stage at Hall H today to intro a brief teaser clip for a new film. The footage featured animated close-ups of metal being pounded into shape as we hear clips of dialogue from The Avengers. But as the metal object revolves and the camera pulls back the head of Ultron is revealed.

Smash cut to title: The Avengers: Age of Ultron.

We’d thought that Thanos would be the enemy in the Avengers sequel, but a brief mention at the Guardians of the Galaxy panel suggests we might see Thanos in that movie. (At that panel Djimon Housou mentioned that his character Korath is a close associate of Thanos, which based on director James Gunn’s reaction seemed like something we weren’t supposed to know — or that they’re playing as if we shouldn’t know.) Thanos could always be the eventual Biggest Bad in a third Avengers movie.

Yeah, I think we were all fairly certain it would be Thanos. Leave it to Joss to keep the pieces moving and the surprises coming. By the way, I have no more idea who Ultron is than I had/have of who Thanos is so, let me know if I should care one way or the other, nerds.

Age of Ultron was originally a 10-issue limited series comic book crossover storyline, published earlier this year, that involved the return of Ultron and his conquest of the earth.

The question then is: how close to the printed Age of Ultron text will the movie run?

To answer this question, let’s do our own smash cut to a story on MovieWeb.com by Alan Orange:

In The Avengers: Age of Ultron, Hank is no longer the creator of Ultron.

“Well, because there was a book called ‘Age of Ultron’ quite recently, a lot of people have assumed that is what we’re doing, but that is not the case. We’re doing our own version of the origin story for Ultron. In the origin story, there was Hank Pym, so a lot of people assumed that he will be in the mix. He’s not. We’re basically taking the things from the comics for the movies that we need and can use. A lot of stuff has to fall by the wayside.”

It has been speculated that Tony Stark might be the creator of Ultron. Joss Whedon continued to explain.

“We’re crafting our own version of it where his origin comes more directly from The Avengers we already know about. It’s a little bit darker than the other film because Ultron is in the house. There’s a science fiction theme that wasn’t there in the other one. Ultron is definitely something that evolves, so we’re going to get together a couple of different iterations. Nothing can be translated exactly as it was from the comics; particularly Ultron.”

When asked about the scale of the movie, the director had this to say.

“It’s very much a global Avengers film. A lot of the movie has to do with their place not just in America, but the world. Part of the fun for me, definitely this time around, is writing Hawkeye. He did get possessed pretty early by a bad guy and had to walk around all scowly for most of the movie so now it’s nice to actually have the character there and see him interact with the other guys.”

All good! I like the sound of all of that. And I, like many others, am pleased that Hawkeye will be in the film and get more to do as a good guy. That will be a good thing!

And then finally, I just want to point out how silly this article on Film.com is:

Whedon came into the Marvel fold in 2010, around the same time Bendis was reportedly conceiving “Age of Ultron.” With Marvel’s eye for a big picture, one likely informed the other. Bendis’ new series works in many characters unavailable for Marvel’s use, but with major beats that are a necessity for Whedon’s on-going “Avengers” big screen saga. Hank Pym aka Ant-Man aka a central character in Marvel’s Phase III is the keystone of the story, intrinsically tied to Ultron. So is Quicksilver, a character Whedon has been anxious to work into the movies. And Iron Man [beware spoilerphobes] is all but killed — an easy detail that Whedon can exploit to cast Robert Downey Jr out of the universe. Coincidence? Not in the Marvel world, where everything is running parallel.

Did they bother to read and or absorb what Whedon said? He said he was adapting Ultron for his own purposes. For all intents and purposes, he’s just using the name. None of that stuff has to happen.

I point this out and quote it just to remind you that there’s going to be a lot of opinions and information out there right about now, and a lot of spin and mis-information. Ignore that stuff. This entire article from Film.com is based on hasty assumptions, not taking into account everything Whedon said.

I for one, am excited about what I’ve read so far! I’m looking forward to see what comes of all this, and I’m certainly excited for the second Avengers film!