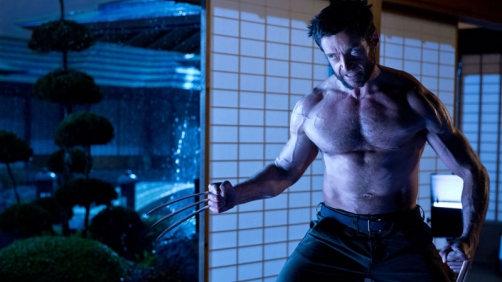 This is one seriously messed up franchise. I mean, man, how hard is this thing to follow? It starts out simply enough — the first film, entitled X-Men, was set in the very near future. X2 follows up right on the heals of that film. Both of these first two entries into the X-Men franchise were directed by Bryan Singer, and they were most excellent. In fact X2 may be my favorite X-Men film to date.

Then a certain really nasty substance hit the fan, and X-Men: The Last Stand was released. This film was not directed by Bryan Singer, but by Brett Ratner, whom we should all agree must be expunged from the filmmaking industry for the rest of time for this travesty of a film.

After so utterly destroying the franchise, where can you go? Well, the powers that be decided that the thing to do was to take everyone’s favorite mutant and make an origin film about him. That’s right, in 2009, we got to go back in time and meet up with Logan and find out where he came from, where he got the adamantium that covers his skeleton, etc. It was a good idea in theory, but the execution was really a bit lacking, even if I myself didn’t hate it as much as many seem to.

Just a little more on the franchise front before we move on. X-Men Origins: Wolverine mostly took place in the 70s. The following film, X-Men: First Class, takes place in the 60s. Yeah, it’s a little confusing. And now, to top things off, this newest X-Men film is called, simply, The Wolverine. That is not helpful at all since we were (or at least I was) in the habit of referring to the first Wolverine focused film (X-Men Origins: Wolverine), as simply, “Wolverine.”

Not long after the events of X-Men: The Last Stand, Logan is alone and a mess and doesn’t want to be bothered by people. But a Japanese man by the name of Yashida, whose life Logan saved many years ago, would like to see Logan before he dies to say goodbye. When Logan arrives in Japan, the old man instead offers to relieve him of his immortality. Logan declines, but finds himself drained of his healing ability anyway — seems suspicious. Yashida dies, and in the ensuing family politics, his granddaughter is almost killed. Logan’s instincts kick in and he saves her, but sustains several bullet wounds from which he is no longer able to easily recover. He sticks with the granddaughter, to defend her, but there’s definitely something more going on here!

Hey Bub, We’re Not Finished Yet

So what could another Wolverine film possibly have to offer? Well for one, it manages to get the tone of the character right this time. In fact the tone of the film, as well as the character of Logan is very much in the right place. Logan is a very tortured character. Living forever is not really a plus for him and he has to live with himself. Plus at this point he doesn’t have much memory of before he got the adamantium. And of course, whether we liked X-Men: The Last Stand or not, those events did take place in our universe and so we have to deal with the fall-out from those events. In fact, this is the first film, post Last Stand, that takes place after said film. And it get’s what Logan is going through so right in my opinion. We again care for The Wolverine.

Jean Gray is still very much present and a motive for The Wolverine. In fact Famke Janssen is in this movie quite a bit for playing a dead character. And I really liked they way they dealt with this. It really does well at utilizing such a messed up previous film. It takes the strands of the various plot points that seemed randomly thrown about in The Last Stand and makes something quite good out of them.

The one thing that really struck a good note with me was the fact that, though this film has plenty of style, it had even more substance. It’s actually a fairly intriguing and substantive notion. If you were The Wolverine with so much pain in your past, and knowing you had to go on living, year, after year, after year, after year, with no way out, ostensibly no way to die, would you accept an offer of mortality? The substance of this film is Logan learning to deal with that fact yet again after Jean Gray’s death at his own hands. Sure it was for the greater good, and even for Jean Gray’s own good that he had to kill her, but he still has to live with that.

On top of that, you’ve got plenty of interesting family dynamics going on with a Japanese family we are introduced to.

And, yes, I did say there was still plenty of style to the film. The film takes place primarily in Japan, and that comes complete with what I’m told is at least a passingly acceptable portrayal of Japanese culture, and it’s pretty awesome. As someone who hasn’t really been outside of the U.S. much, and who doesn’t even really get out of the mid-west very much, I find other cultures wonderfully intriguing, and the Japanese culture has plenty of fascinating elements.

But for all that…

[SPOILERS BEYOND THIS POINT!]

In addition, it seems the writers couldn’t quite figure out who the bad guys were and what exactly to do with them. The film is strong on Logan and his dealing with emotions and other struggles, plus his relationships with other people, but it’s very weak on depicting the villains. I guess you could say the primary villain is a scientist/chemist mutant who was hired by Yashida to try to keep him alive. All appearances point to her, yet at the end, it turns out Yashida is still alive and still trying to take Logan’s power. But where was he all this time? If he’s the big bad, why didn’t we get more of him. We didn’t necessarily have to know it was him, but a bit more of a villain to latch onto would have been nice.

And I’m not saying the stakes needed to be higher — indeed, I appreciated that this film didn’t need to resort to bombast — but a little bit clearer picture of the villainy was needed.

So with all that, I’m calling the chemist-mutant the primary villain, but she was not very well fleshed out, nor were her powers even clearly defined. We have no idea where she came from or what drove her, she was a bit two dimensional. And she could do all manor of weird things that weren’t well explained. It seems she could spit or breathe on people and their skin would start rotting or breaking up or something. But she also had some strange skin herself, and it appeared she could shed that skin? I don’t know, it was all a bit confusing. Ultimately I wanted more Yashida as the bad guy.

And the whole taking of Logan’s powers was a bit weird. It appeared that he was taking the power, and he got all younger all the sudden, and Logan appeared to be aging or something. But then, Logan is able to break free and looks like himself again, while Yashida still looks young.

I should mention (remember, we’re in spoilers here) that Yashida managed to chop of off Logan’s adamantium claws with his own red-hot adamantium sword, which was very hard to watch and sort of gut-wrenching. So, of course, with Logan’s healing ability, the bones of his claws grow back, and he’s able to stab Yashida and kill him. But, NO MORE ADAMANTIUM CLAWS! This is a terrible plight, people! (I am jesting about that last part).

You guys! We have to talk about the stinger at the end of the credits! It was quite a long stinger really, and quite the set up for the upcoming film, X-Men: Days of Future Past. We know that somehow, some way, Charles Xavier is alive and looking like himself in that wheel chair, and that Magneto has his powers back. Both of these things were hinted at in the post credits scenes of The Last Stand, but man was this a great stinger scene. And I do have a feeling that the timeline is about to get even more complicated, but it’s going to be so worth it with Bryan Singer back at the helm.

In the end, I thought that the good of the film, the character moments for Logan, the tone, the good storytelling all far outweighed the negative aspects of the film. I enjoyed it a lot and hope that this means the X-Men universe is back on track.