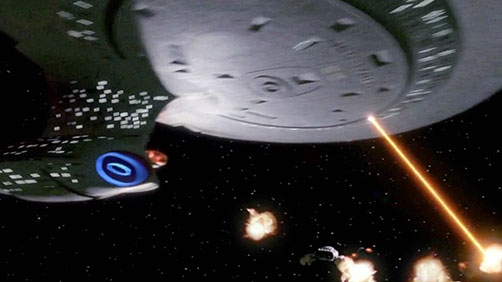 I’m telling you, I need to scrape some money together and start buying these Blu-rays. Star Trek: The Next Generation is one of my favorite TV shows ever, and the remastered HD episodes I have seen thus far are incredible.

Season 5 is also a really good season of the show. Season 3 really set the show on the right course after the lackluster seasons 1 and 2, and had some of the show’s best episodes. And it’s not that season 4 was bad, but season 5 really brought us another round of really great episodes just like season 3 did. My favorites from season 5 are:

I mean look at that list! It’s pretty rare for a TV series to hit that many home runs in a single season, right?

Here’s the trailer. Watch it and be excited!