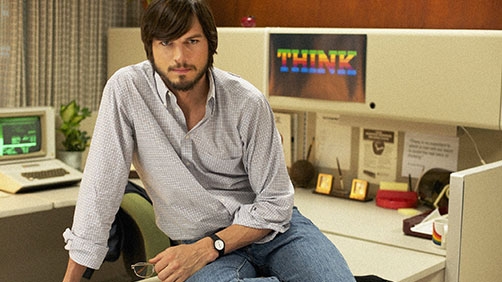 Ahead of its debut, actor Ashton Kutcher has taken to the Q&A site Quora to explain why he chose to take on the role of Steve Jobs.

Choosing to take this role was very difficult. I greatly admire the work that Steve Jobs has done and have many friends and colleagues who knew and/or worked for Steve. So, when I read a screen play that was not entirely flattering to his character I had great reservations.  But I chose to take on the role for a couple reasons.

1. I care. As I read the script I had a knot in my stomach. I imagined actors playing the role and not connecting to the love that went into some of the seemingly irrational decisions that Steve sometimes made. If this film becomes an enduring memory, of a man I admire, I wanted to ensure that it was portrayed by someone who cared about his legacy and took the time to represent him in a way that people who were close to Steve felt to be authentic.

There’s more, and you should go read it. I’m looking forward to seeing if this film is any good.