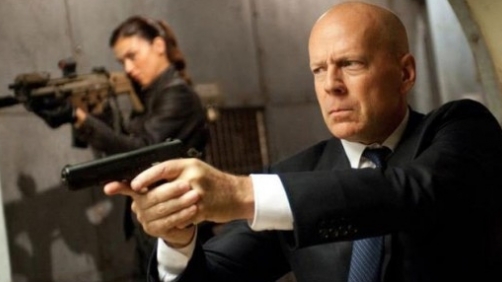 Since making the first Die Hard in the ’80s, Bruce Willis has built himself a fine career as an action star. While he occasionally forays into other types of roles from time to time (like in last year’s Moonrise Kingdom), there’s no question that he’s best known for his ass-kicking turns. Heck, this year saw him appearing in three different action sequels — A Good Day to Die Hard, G.I. Joe: Retaliation, and Red 2.

But Willis claims he’s now growing weary of the same-old same-old. In a recent interview, he declared that he was “a bit bored” of action movies these days. Though to be clear, he still likes to “earn lots of money from those.”

As far as I’m concerned he’s had 1 hit and two misses this year, and everyone else kind of thinks the same but not about the same films. You see, I liked RED 2, and hated his other two films, A Good Day to Die hard and G.I. Joe: Retaliation. But it seems just about everyone else would swap for liking Joe, and not liking RED 2.

In any event, I suppose it’s easy to understand how he would get bored doing what probably feels to him like the same old thing all the time.