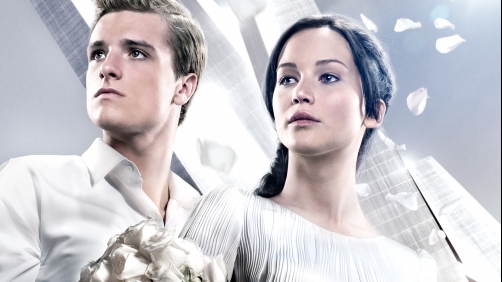 As a fan of The Hunger Games book series, one of the films I am most looking forward to this year is Francis Lawrence’s The Hunger Games: Catching Fire. Returning of course are Jennifer Lawrence as Katnis Everdeen and Josh Hutcherson as Peeta Mellark. And we’ll also be introduced to several new cast members, Sam Claflin as Finnick, Lynn Cohen as Mags, Jena Malone as Johanna, Amanda Plummer as Wiress, and Jeffrey Wright as Beetee. If you are familiar with the books, you will recognize these characters. They don’t get much screen time in the trailer, unfortunately, but I would assume we’ll see more of them in the film, being somewhat prominent in book.

The big new cast member is probably Philip Seymour Hoffman as Plutarch Heavensbee, and that seems like a really good choice to me.