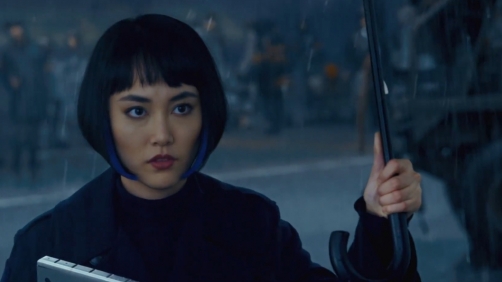 The Guillermo del Toro-directed robots vs. monsters movie may be doing monster box office in China, but an officer in the People’s Liberation Army is no fan. “Hollywood has always been the best American propaganda machine,” wrote Zhang Jieli late last week in a PLA Daily op-ed about Legendary Pictures-Warner Bros‘ Pacific Rim. The PLA Daily is an official China military publication. “The decisive battle against the monsters was deliberately set in South China Sea adjacent to Hong Kong,” Zhang wrote in the editorial, published Friday. “The intention was to demonstrate the U.S. commitment to maintaining stability in the Asia-Pacific area and saving the mankind,” he claims. The wide-ranging piece, which also cites Fox’s Ice Age and the James Bond movies, says that Pacific Rim and other blockbusters are pushing “American values and global strategies”.

Um, what?!? What is this guy smoking? The film seemed very distinctly world focused, going out of it’s way to be an international film. And it was directed by Guillermo del Toro who is Mexican. It hardly seems far to call it an American propoganda machine — although, I suppose to be fair he did say America, not United States, which would technically include Mexico. But U.S. seems implied, no? In any event, one of the key characters was Japanese, not American. And many other nationalities were present and represented to give the film a more international feel. I don’t know what you have to do to please these people.