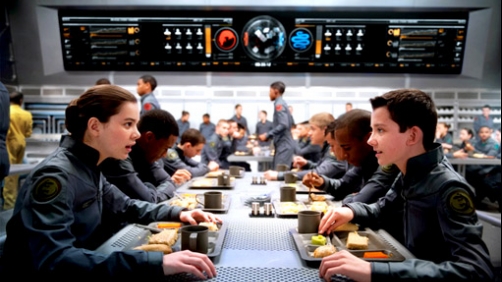 This is yet another apocalyptic themed film this summer. I’ve pointed out before the apocalyptic themes we’re seeing lately, and though the book was written many years ago, the film is just now being made. I’m not sure exactly what is up with all the apocalypse stuff, left-over Mayan prediction fear perhaps?

In any event, aliens have attacked earth, apparently causing much devastation, and they’re preparing for a second onslaught. That’s where Ender comes in to save the day apparently.

I have to say that this trailer focuses as much on the fake looking CGI explosions as anything, which is not an enccouraging sign. But then, maybe they would like to save some of the film for the actual film. Who knows, but it does look interesting enough and I’ll be seated and waiting in the theater when the time comes.

We’ll get to see Ender work his stuff in theaters on November 1st.