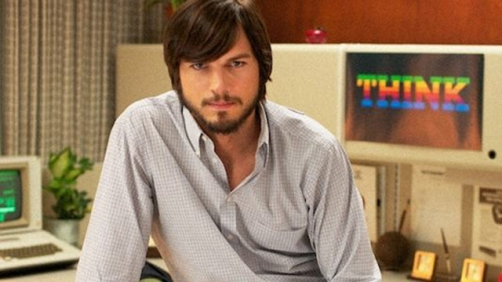 Time. That is what this film did not have enough of to properly tell Steve Jobs’ story. But then, to be fair, no film would have enough time to properly tell the story unless it was several days long. And, truth be told, I did enjoy the film quite a lot. Of course, I’m one of those Apple geeks — I love Apple products, I follow the goings on of the company closely, and I am quite familiar with many of the details of the journey both of Apple as a company, and of Steve Jobs himself.

I was one of those guys who eagerly awaited the release of Walter Isaacson’s Steve Jobs biography and was sorely disappointed with that work. While that was a fun read, it got many of the little details wrong. Some of them were seemingly inconsequential, but to say that details are inconsequential to a biography about a man who obsessed about details is to do a disservice to that man. Therefore I approached this film with both anticipation and a little trepidation. For the most part, this film delivers the goods in such a way as to keep me happy.

The nice thing for me in this review is that Steve Jobs’ story is known so I am not going to worry about spoilers, or warn you if I’m approaching something that is a much bigger spoiler than the rest of the review.

First, before chronicling the life of Jobs from around 1974 through 1997, the film shares a brief moment from 2001. Jobs takes the stage at Apple headquarters to introduce the first iPod. While at this stage of historical development it is probably not the most iconic thing Steve has introduced, it was certainly the big turning point for Apple and one of Steve’s greatest accomplishments so it’s easy to see whey they chose to show that first. It’s basically a flash forward: this is where the man is going, now let’s go see how he got here.

From there, we’re transported to 1974 both visually, and with some awful music. Honestly, what was up with that music? It didn’t feel very 70s, it was not good, it was not well edited, and didn’t help with the strange pace of cutting in the film at this point either. Thankfully, this feeling of strange editing and music doesn’t last very long and the film really does pull you in to its story. It follows Steve through his college years, indicating his dropout — well, just barely mentioning really — and then we quickly and briefly get to see Steve at Atari and Woz (Steve Wozniak) helping him out with a project there. From there we see the founding of Apple Computer in garage of Steve’s parents. After spending some time in the garage, we skim over a few things and see Steve working on the Lisa at the Apple headquarters. He’s ousted from that project and shipped over to the Mac department. The film chronicles how he made a great product, but went over budget and took far longer to deliver than he was supposed to. On top of that, Steve’s hand picked CEO of Apple, John Scully, thought he had no choice but to raise the price of the Macintosh, effectively pricing out of the range of the average consumer. This, among other things, made the Macintosh a bit of a failure.

We spend some time leading up to Steve’s ouster from the company, including Steve’s planning of a coup with a few of the guys who worked on the Macintosh with him, and trying to get Mike Markkula on board, who would ultimately side with the board and vote against him.

And finally, we see Steve come back to the company and begin restoring the company to glory.

For better of worse, this film hangs its hat on Ashton Kutcher’s uncanny likeness to Steve Jobs. And that is mostly for the better. His likeness to Jobs is remarkable, his mannerisms nearly perfect — even his voice sounds a lot like Steve Jobs. And I think he captured the personality perfectly. Jobs was quite brilliant, of that there can be no doubt. In some ways he was also a very shrewd businessman, cutting deals that seemed almost insanely impossible at the time (see how he wooed Mike Markkula into investing $80,000 in Apple along with a $170,000 loan). And yet in other ways he was a complete fool, doing things that were detrimental to both him as a person, and to the company of Apple. Ashton captures this well. In fact, though no one denies that Steve was a giant of the technology industry, he could be petty, vindictive, mean, arrogant, and downright stupid. This is captured so well, you’ll really believe that Steve is on that screen. You really will wonder how they were able to send those cameras back in time and capture all that.

In fact I would say that Kutcher’s performance and portrayal of Steve Jobs is almost brilliant… almost flawless. You know, it may seem like a minor thing, and yet it was a very distracting thing: but a few of Ashton’s mannerisms as Steve Jobs were a bit over-blown. He was able to evoke Steve’s mannerisms, but at times almost too much so — so much that it was drawing attention to the mannerisms themselves and the fact that Kutcher was playing a character rather than being the character. There are a couple examples, but the biggest one is Jobs’ ungainly gait. If you’ve ever seen Jobs walking back and forth on the stage of one of his presentations, you might remember that Jobs had a (very slightly) hunched gait and that it looked a bit awkward. Unfortunately, Ashton exaggerates this characteristic and it looks fake, it looks like a caricature. There are other examples, such as Steve’s mannerisms with his hands and it’s a little disappointing.

The other performances seemed find, although I know less about them as people. Josh Gad as Steve Wozniak seemed great as Woz, even if he didn’t quite look like him. Dermot Mulroney as Mike Markkula was also quite brilliant, and J.K. Simmons as board member, and one of the chief architects of Jobs’ ouster from the company, Arthur Rock, was really, really great.

In fact, I would say that, whatever the faults of this film, you cannot fault any of the performances very much.

Unfortunately, I do think this film missed some opportunities. And it missed some big moments. One of the big things is that Steve and Apple’s success came, I think, directly from the lessons learned by being ousted from Apple. Steve was a brash young man full of vision and passion, but with nothing to temper all that. He was hard to work with. He spent and wasted a lot of company and investor money. He made foolish decisions and attacked people needlessly. He was overly ruthless and he angered people he should not have. He dumped friends and family in order to achieve success and ultimately lost both friends, family, and success. These lessons were vital to shaping Steve’s success. Despite some early success, Steve’s true accomplishments came after his return to Apple in 1996. And yet the film only hints at this. It shows, at the very beginning, one of Steve’s very early successes after his return to Apple in introducing the iPod. But for the most part this film focuses on how brilliant Steve was, and yet that he was ousted from the company. The implication is that had Steve had his way, the company would never have fallen. I would argue that if Steve had maintained any power at Apple in the ‘80s, the company would probably have fallen even faster and completely failed, and we would not have the successful Apple Inc. that we have today. And yet the film misses all this. It focuses on a few major things in Job’s life from ‘76 through ‘96, but it does not tell the more interesting and compelling story.

Indeed, the film also misses one of the other major, MAJOR milestones in Steve’s life. Steve always new there was something to the personal computer when he laid eyes on Steve Wozniak’s TV display model that ultimately became the original Apple Computer, now known retroactively as the Apple I. But it was not until Steve saw the computer interface Xerox PARC was working on in 1979 that he really began to catch the vision for modern computing. Sure, Apple and Steve were working on ways to make computing friendlier, but this was the big aha moment for Steve — and indeed, led directly to both the Lisa, and the more well known brand, Macintosh, which of course we still have today. I’m writing this review on a Macintosh branded computer. Without Steve’s visit to Xerox PARC, the computer landscape today would probably look very different. To leave this detail out of a Steve Jobs biopic which seems to want to hit all the other highlights feels like a crime.

I also wanted to know more about Steve’s endeavors at NeXT computer. It was after all, Steve’s work at NeXT that led to his return to Apple and has led directly to the software that powers today’s Macintoshes, iPhones, iPads, and iPod Touches. This seems another important detail to have left out.

And yet, despite these complaints, I immensely enjoyed the film. As far as I could tell, those details the film chose to focus on, it did get in large part correct. Thought I might have wished for a portrayal of those things I mentioned above, and though I might also have wished for more about his family and personal life (how did Steve go from denying he had a daughter, to her sleeping on the couch and Steve trying to wake her up for breakfast years later?), I do have to recognize that a film can only be so long, and in a career like Job’s details are going to have to be left out. And yes, of course, there is a lot of speculation as to exact words and conversations that happened. As always with a film like this there is a lot of creative license taken. But ultimately I feel that this film is well worth seeing. Without Steve Jobs, our computers, our personal devices, our phones, the entire technology industry and the computer landscape would look far different from what it does today, and I do not think that such a difference would be for the better, but that it would be far worse. And this film manages to tell a lot of the story, and to get a lot of the things right. And on top of that, it manages to be fun and entertaining. And the film is worth seeing for Ashton Kutcher’s performance alone. So on those grounds I recommend that you see it.