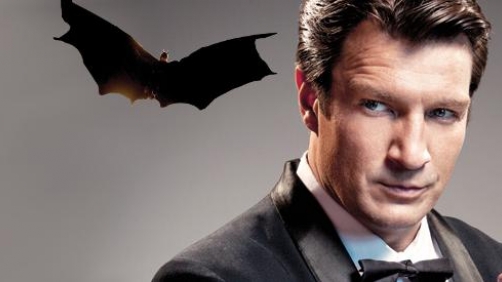 Whether Christian Bale has or has not been offered $50 million to reprise his role as Batman in Man of Steel 2 remains a mystery. (He probably hasn’t.) But with the suit officially unoccupied – as of now– the race is on to find a new Batman. But one name you can probably cross off your list? Castle star and generally geek-loved actor Nathan Fillion.

“I wonder if my throat could take it,” he said, joking that he doesn’t believe he has the vocal stamina to mimic Batman’s gravelly voice. “I think I’d make an excellent Bruce Wayne; I think I’d make a terrible Batman.”

Hahaha, I love it! I love Nathan Fillion (his small part in Percy Jackson: Sea of Monsters was awesome!). And now that I think of it, this is an idea I could get behind. Now that would be a different take on the character of Batman.