Will Joss Whedon Kill Off An Avenger? 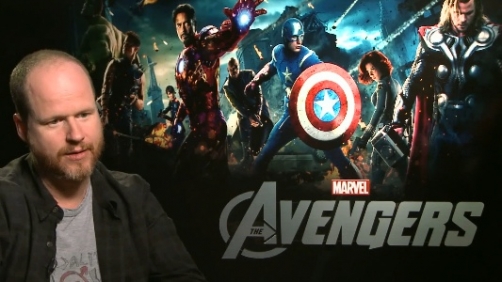 Director Joss Whedon isn’t known to be shy about killing off characters in his movie and television projects. In fact, Whedon actually teased “death, death, and death” for the Avengers sequel during a recent question and answer session.

As part of a lengthy interview in the current issue of Entertainment Weekly, Joss Whedon addressed if he could actually kill off a Marvel icon. Whedon said, “I’m always joking about that. Um…maybe?”

Whedon added, “But I’d have to have a really good reason, a really great sequence for [Marvel executives] to go, ‘We’ll cut off a potential franchise, that’s fine!’ They know as any good studio does, that without some stakes, some real danger, how involved can we get? We don’t just rule it out across the board, but neither is the mission statement ‘Who can we kill?’

See, that is the scary thing about liking Joss Whedon and following his work: he will kill off characters. And of course he’s right. It’s sort of a love/hate relationship we all have with that aspect of Joss’ storytelling. On the one hand, he creates characters that become beloved. But on the other hand, he will sometimes kill them and make us cry. But if he doesn’t do that once in a while, does the drama really mean anything? It’s a tricky proposition, and I have sometimes felt like Joss skirts dangerously close to that invisible and unknowable line about just ticking us fans off rather than upping the stakes and the drama.

Will he actually kill an Avenger off though? That one might be pretty hard to do. Joss may have gained a lot of power over there at Marvel, but the studio executives still have to look out for their property and the bottom line.

Time will tell though…