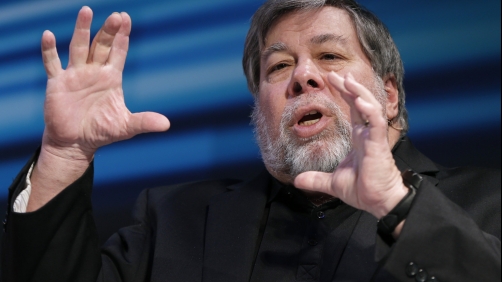 “I saw ‘Jobs’ tonight. I thought the acting throughout was good,” Wozniak wrote in a blog post for Gizmodo. “I was attentive and entertained but not greatly enough to recommend the movie.”

I find this to be no real surprise myself.

Wozniak believes the biggest problem with the movie was Kutcher’s take on the iconic entrepreneur the film focuses on.

“I suspect a lot of what was wrong with the film came from Ashton’s own image of Jobs,” Wozniak—who is played by Josh Gad in the film—wrote.

That I do find to be more of a surprise. But then, the guy did know Steve Jobs personally and would have a better take on how the guy actually was in the day-to-day. Still, it sure looks to me like the Jobs that the public saw is present in the film. But then I still haven’t been able to see it. Hopefully I’ll be able to see it either tonight or tomorrow night.