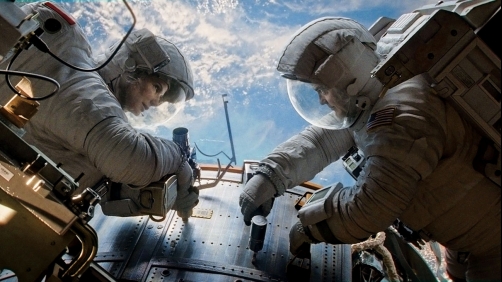 This is not a surprise to me, or to anyone really, but Gravity is really hanging on to that audience for it’s second weekend. I predicted this on The MovieByte Podcast episode 64. Quite frankly, this film is well worth a Best Picture Oscar as far as I’m concerned. Incredible performances and gripping story, coupled with some oif the best visual effects we’ve ever seen to date. Not too long and not too short either. Gravity is the movie of a lifetime.

Captain Phillips has some stiff competition with Gravity still being fresh and all, AND being so highly rated by both audiences and critics. It is therefor not surprising that Gravity did in fact beat Captain Phillips. The surprising part to me is by how much. Not quite twice as much, but it was a lot. I’m guessing that everyone who saw Gravity recommended it to their friends as well as a lot of them seeing it again themselves.

The thing is, Captain Phillips is quite a fine film and easily in my top 5 so far this year. We’ll see if anything comes along to bump that in the next 2 1/2 months but I doubt it. I’m guessing that Gravity will remain my top film this year and Captain Phillips will either be second or third.

#3 — Cloudy with a Chance of Meatballs

Still hanging on, dropping only one spot giving way to the newcomer.

Since they’re not making the budget available, it’s hard to know for sure, but my guess is that while it was not a high budget production, they probably spent at least $15 mil on it. But let’s be super optimistic and say it was only $10 million. A grand total of 3.8 Million on opening weekend doesn’t look so great. I think we can call this a bomb.

Well, well, this film recovered a little in foreign money. Not doing so hot domestically though.

Great to see a good film still hanging on to a box office spot.

It may not be up in terms of dollars earned, but it’s up a notch in rank at #7. Pretty crazy.

On the one hand, it’s too bad to see this film dropping so sharply. It was a good film in many ways. On the other hand, they had to have their little bit of nudity in the film, so, phooey on them and serves them right!

Other things to note:

Don Jon is now in the #9 spot, but it has made $21.6 Million, Worldwide — which is absolutely crazy for a $6 Million budget. Not Insidious 2 crazy, but crazy.

Baggage Claim has made only $18.2 Million for its 3rd weekend out. I’m guessing they spent a little more than that to make it.