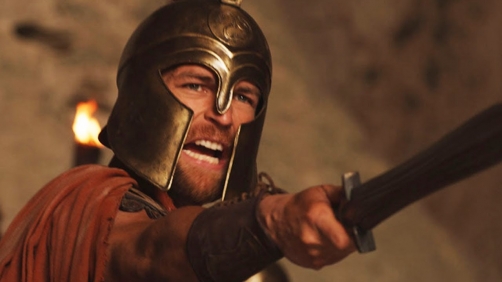 That aside though, this film does not look great. It looks like a complete mess actually — it looks like some sort of fan-made trailer complete with an overabundance of slow-mo for no reason, stylized rain, a twist involving mythical powers, the works. And of course it seems to borrow from all the Roman type films: 300, Troy, Gladiator, etc.

But, if you care, here is the trailer. The film is scheduled to hit theaters in March of 2014.