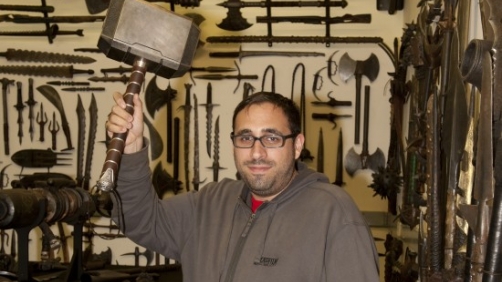 Last year, I traveled to London to visit the set of the Marvel sequel Thor 2: The Dark World. The photo above is me holding Mjölnir, Thor’s iconic hammer – it’s actually heavier than it looks — in the massive weapon room of the film’s production offices. After the jump you can read about the many things that I learned while on set, and watch a video blog reaction I recorded after the visit. Later this week we’ll be publishing some of the interviews we conducted on set with the talent and crew, so be on the look out for them as well.

I had a lot of fun reading this and I highly recommend it if you love the Marvel Cinematic Universe like I do. I haven’t had a chance to watch all of the video portion they have there near the top but that looked like a lot of fun too.