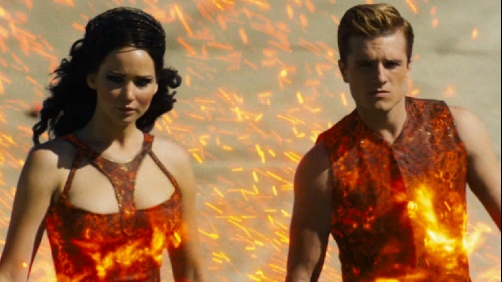 It’s not just the stakes that are higher as Katniss Everdeen returns to the arena for The Hunger Games sequel Catching Fire. The budget is escalating as well. For its follow-up to last year’s hit The Hunger Games, which opens Nov. 22, Lionsgate upped the film’s budget from $78 million to north of $130 million.

Wow. That does not inspire confidence in me. That may be counter intuitive, but I often find that films with expanded and ballooned budgets are not better off for it. We’ll see, it does look pretty good.