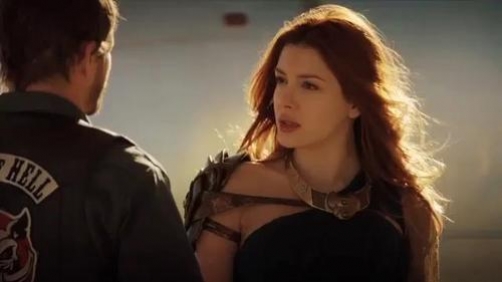 At the end of last week’s Agents of SHIELD, we met Larelei who stole one half of a newlywed couple so that he could do her bidding. In this opening clip from the upcoming episode Yes Men airing Tuesday, Lorelei takes over a biker gang.

Lorelei is an Asgardian from the comics, but since I’m more into the cinematic universe and not the comics I don’t know much about her except that she’s sort of not a “good guy”.

Agents of SHIELD has sort of been like a snowball, continuing to build as it rolls along. I have loved the show since day one but it’s been getting better and better.