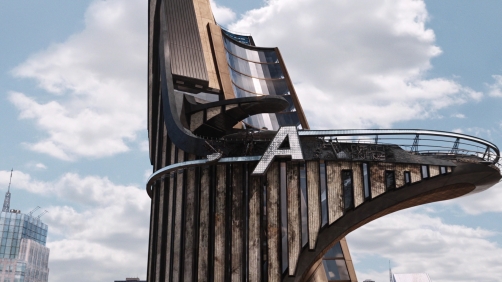 When Captain America: The Winter Soldier hits theaters April 4, be on the look out for Tony Stark’s Avengers Tower. As a hidden Easter Egg.

At the end of The Avengers, the Stark Tower was decimated, leaving only the “A” as a tease of what’s to come. There was also a brief scene where Stark is clearly seen working on an Avengers Tower. In Iron Man 3, Stark never visits New York as he’s plenty busy in California, Tennessee and Florida but that doesn’t mean the tower hasn’t been under construction. Speaking to /Film, Marvel Studios President Kevin Feige told us the completed tower makes a brief cameo in Captain America: The Winter Soldier.

Home base for The Avengers in Age of Ultron?