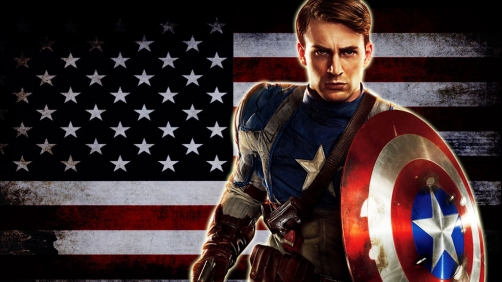 We’re one month away from the debut of Captain America: The Winter Soldier, so naturally it’s time to start getting excited! Marvel has gone out of it’s way with the misinformation campaign on the last couple of films and I have no reason to believe this film is any different. And there’s one line in this little spot that makes me think they’re letting a hint of something slip. If you’ve seen the past trailers and seen me talking about the possible spoilery details then you’ll know to what I’m refering. The whole spoiler thing that happened in the last full length trailer could be an elaborate ruse. But I’ll have to say, with the Iron Man 3 promo material, they never let ANYTHING slip about the ruse they were pulling on us, so who knows what’s going on.

Fun stuff, and I know Marvel will do a good job with whatever happens in this film.