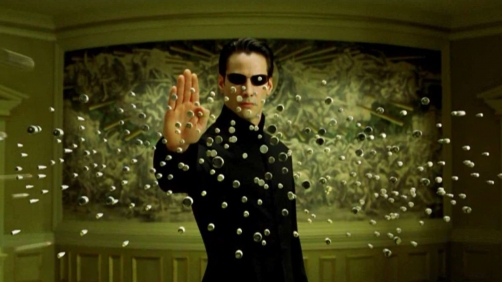 The Wachowski siblings have a very long history over at Warner Bros. but with the exception of the Matrix Trilogy, none of their movies have had great financial success.

Speed Racer/Cloud Atlas tanked and let’s not kid ourselves, by the looks of it, Jupiter Ascending will not be much better.

We’ve been told that the Wachowski’s have already started the writing process with early treatments and outlines already turned into the studio. No word if they will want to direct but my money says “Claro que Si!”.

I have really mixed feelings about this if it’s true. The Matrix is one of the best films every made (in my subjective opinion). The next two Matrix films that followed were not nearly as good, although I enjoyed them more than most did. And as mentioned in the quote above, Speed Racer and Cloud Atlas did not do so well. I can personally attest that Cloud Atlas is a compete mess and one of the worst films I have ever seen. I am of the persuasion at this point that the greatness of The Matrix was a complete accident and the Wachowskis can’t actually make good films. It’s sort of like how Michael Bay has ever only made one good film — The Island — and I’ve determined that was by accident since all the rest of his films are pretty much universally bad.

In any event, I’m not sure if I should be excited or not because I don’t expect that the Wachowskis can pull it off. And yet, it’s The Matrix so I want to like it, I want to look forward to it, and I want it to be good.