Alright Marshmallows, It’s Time! — What To See This Weekend 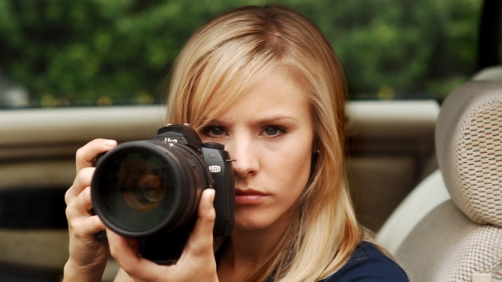 You kickstarted it, you wanted it, you deserve it, and now — provided you live in an area where there is an AMC theater, you’ve got it. The Veronica Mars movie is here, and it looks as good as the series was from what I can tell. And it’s about the only thing new this weekend that’s really worth checking out.

If this were playing anywhere near me, and if I was finished watching the series, this would be my film of choice this weekend. Unfortunately neither of those things is true. In order to see this fine looking film, you are going to need an AMC theater to be nearby. We don’t have one of those in the Nashville area, unfortunately. Even more unfortunate, what with life, work, House of Cards, and other current TV shows going on, my progress on the seres is slow. I do like it and can’t wait to see the film though.

On the eve of graduating law school, Veronica Mars has put Neptune and her amateur sleuthing days behind her. While interviewing at high-end New York law firms, Veronica Mars gets a call from her ex-boyfriend Logan who has been accused of murder. Veronica heads back to Neptune just to help Logan find an attorney, but when things don’t seem right with how Logan’s case is perceived and handled, Veronica finds herself being pulled back into a life she thought she had left behind.

Starring Eva Green looking evil, ludicrously tall evil “god” king, water, ships, and slow motion! To be honest I don’t think the first film in this series is as great as many seem to think it is. That said I did enjoy it. Then again, part of the reason I enjoyed it as much as I did was because of Gerard Butler. Since his character is [SPOILER] dead, I don’t see how he’s going to be in this second film and therefore I’m not sure how much I will enjoy it. Then again, again, Eva Green looks appropriately menacing and terrifying. I expect this installment in the series to be about the same as the first — which is to say slightly better than mediocre and entertaining.

What can I say, I wasn’t expecting to like this film, but I did anyway, despite having some problems with it. It was fun, it was entertaining, and it had far more heart than I was expecting. Chad wrote a review, and we talked about it on The MovieByte Podcast.