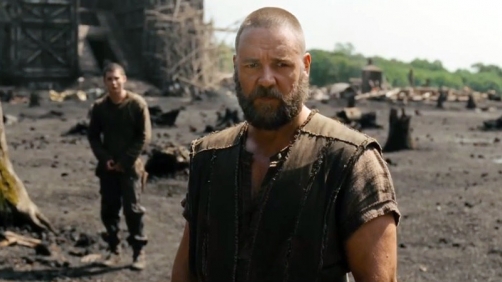 Things might be getting a little wet this weekend for Noah and his family — and a whole lot of animals (which entered two by two), but there “may” be better things to see. Then again, there may not be. I’m just letting my pessimism come through. But surely it can’t be too bad, right? A whole lot of atheists making a film about a story they do not believe happened and from a sacred text they do not revere. What could possibly go wrong?

I want this film to be good but I have a bad feeling about it. Chad has been talking about how much he likes the books and all, but there’s something very cheesy looking about the trailers. And it feels like this series has just been tacked on to the YA craze to me. As much as I want to like the look of it I just haven’t been impressed. But it’s on the docket for The MovieByte Podcast after Muppets Most Wanted so we’ll find out soon.