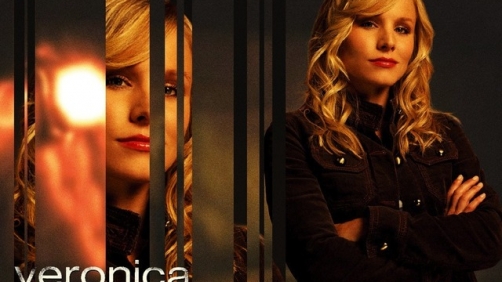 The Marshmallows turned out in droves this weekend to check out the theatrical debut of Veronica Mars. The Kickstarter-funded, cult TV show adaptation opened to a cool $2 million from 291 theaters (265 in the U.S.), earning the pic a spot on the top 10 according, to initial estimates.

The PG-13 pic was also released simultaneously on VOD — free for Kickstarter backers who’d contributed $35 or more to the record-breaking campaign, but also available for purchase or rental through digital download services such as iTunes or Amazon. The industry has not gotten into a mode where they share VOD earnings, but the multi-platform availability clearly did not dissuade fans from making the trek to the theaters.

Considering it’s theater limited open, and that fact that it’s a movie based on a cult TV series, not a bad haul from the theaters. I wish we could know how much it’s made via VOD but I’ll bet it’s not insubstantial.

In a note to Kickstarter backers coinciding with Friday’s release, Veronica Mars creator Rob Thomas wrote: “My number one goal for Veronica Mars was to make our fans happy.” He added: ”Do I still hope Veronica Mars does well in movie theaters, and sells a hundred billion copies on opening weekend? Of course I do. And is there a number I’ve discussed with Warner Bros. that would make it easier to start talking about a sequel? Of course there is. The more audience we can show for Veronica Mars, the better the odds that we’ll get to do this again in the future.”

Warner Bros.’ executive vice president of theatrical distribution Jeff Goldstein was happy with the opening, telling EW: “Our result starting with our Thursday fan events was $260K. You add that together with our weekend for a total of $2 million from 291 theaters? That’s pretty significant.”

If I were a betting man, I would bet on a sequel. Can’t wait to see it, but I have to finish up the TV series first.