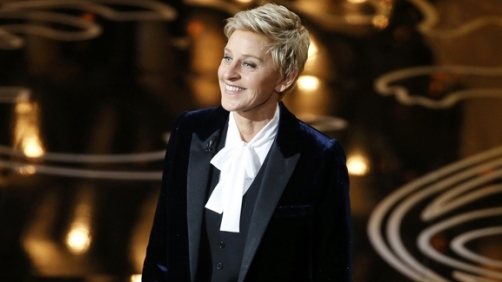 As usual, I’m too busy with Church and family for The Oscars. Maybe one year I’ll watch but I’m really just much more interested in finding out whot he winners are after the fact. Kind of strange for a guy who likes movies I know, but I would just rather watch the movies.

But I did enjoy watching Ellen DeGeneres opening bit. Seth McFarlane hosted last year and while he was not universally hated, many think that he was way too low class. The universal opinion is that DeGeneres had much more class, but was not overly stuffy. This can be proved by her opening bit which poked fun an pretty much everyone but wasn’t really offensive. There is some slight off color humor going on (including poking some fun at Jonah Hill for his role in The Wolf of Wall Street) but nothing crazy.