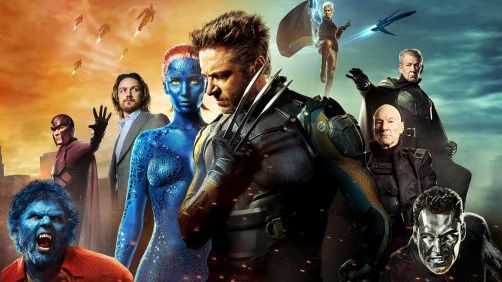 His film, X-Men: The Last Stand, was not exactly a box office disaster — quite the opposite actually as it remains the highest grossing X-Men film worldwide. This fact brings me much discomfort and dismay since the film was such a disaster in terms of story and filmmaking. And it left the franchise with the problem of having pointlessly killed several main characters, and relieving others of their powers (not to mention the ridiculous hints that some were actually still alive and others getting their powers back, completely nullifying large swaths of the film). So it seems the way forward was clear: it was time to go back.

They started with a Wolverine film and, while that film didn’t do terribly at the box office, it was not well reviewed. I personally think that film is just okay but certainly not great.

Then came Mathew Vaughn’s X-Men: First Class which received great reviews. But it also introduced some continuity issues as prequels often do (for that matter, X-Men Origins: Wolverine introduced its own fair share of continuity troubles). Ultimately it was a great film, but it made less money than each of the three pervious films. This of course is a somewhat troubling trend.

Despite all this, another Wolverine film was green lit. It was a great film and brought in a ton of box-office cash. Just the sort of thing the studio wanted to see. And of course we got that awesome stinger credits scene that sets up the film in review here.

Bryan Singer has taken us to the future, and humanity is not doing too well. In an attempt to rid the world of mutants, mankind has all but wiped themselves out. The sentinels that were previous employed to do the mutant ridding have turned on all of humanity. And let me tell you, those bad boys are pretty much indestructible. In some very well done action sequences, Singer establishes that the robots can adapt to pretty much any mutant power, match it, and defeat it. All in all, it looks like a very grim place to be.

But, Kitty Pryde has powers heretofore unknown. She can connect someone’s consciousness with their past self — put them in their younger body. The trouble is, she can’t send someone too far back or the stress of it might kill them. But of course, there’s Logan, who can’t really be killed or whatever. So she gets to send him back to try and fix everything that’s gone wrong with the timeline (translation: “Lieutenant, arm weapons and make X3 go away please.” “Aye-aye, Captian!”).

And so, just like that, with a snap of the fingers and a wave of his camera, X3 is no more. This is EXACTLY what I wanted and it is done quite skillfully. After a great film with the younger cast in First Class it was great to see them again, and it was also great to gather many of the original cast together as well.

I think the thing that is most surprising to me is just how cohesive this film feels, and despite continuity issues, it manages to feel as if the entire universe is cohesive despite knowing that it is not. Singer weaves a fantastic thread here that really pays off and leaves the franchise in a good place from which only the sky is the limit when moving forward.

This film is, in essence, another Wolverine film, and that’s just fine. It means that Bryan Singer recognizes the importance and popularity of the character. But when I say that, I mean it in the same way that I would say that The Avengers is an Iron Man film because in many ways it is. But just like The Avengers, it’s also an ensemble film. It manages to bring it all together.

I really loved the contrast between Xavier and Magneto’s characters in the future where Magneto laments the years they spent fighting one another, and the quite broken Xavier still unable to cope with his loss and the facts surrounding First Class, and the still power hungry and stupid Magneto. And yet again, as has become classic for a Bryan Singer X-Men film, there’s not one big bad villain, but circumstances and time are the villains, and in a way, the mutants themselves — obviously Magneto is a big part of that.

One of the big delights of the film for me was the character Quicksliver. I don’t know a lot about him in the comics (or the comics in general), but I’ve heard several say now that Singer really got the character right. And even as someone who knows nothing about the comics side of things, I must agree. There are many fun moments with this character, and the subtlety with which his parentage is hinted at is wonderful.

And there is of course the wonderful slow-mo scene sort of showing us time from his perspective. It’s a delightfully well done special effects extravaganza that I was so glad they spent the money to do even though in some measure of thinking, it was a relatively unimportant scene. But it’s just this sort of thing that gives the film its heart and soul.

I think perhaps the greatest ironic casting choice in the history of film is Peter Dinklage as Trask, the man dead set on hunting down mutants and building the Sentinels. The irony of his stature and dwarf status really serves to underscore and highlight the unfair treatment the mutants are getting. His performance is, of course, quite good. I certainly want to see more of him.

Despite the joy that this film brought to me, it was not without some weirdness and lameness that brought me down off my high a little bit.

So what’s up with this Kitty Pryde time travel business? As far as we knew before, the only ability she had was to be able to walk through solid objects. She never demonstrated any other abilities before and it’s certainly never been mentioned before. Giving her this new ability seems random.

Boliver Trask was already seen in X3 as an African-America in something like his 40s. But now he’s a short guy in the 70s? Something is not adding up.

Also, while I loved the stinger in the credits at the end of The Wolverine leading into this film, and I loved this film, there seems to be no connection whatsoever between the stinger and this film — unless that stinger is about something else. As it stands, that stinger promises to answer two questions that I’ll follow up on in a moment (how is Professor X alive in what is apparently his own body and how does Magneto have his powers?), and it says they need Logan’s help on something in the future. But then this film just starts in the future with all the characters in place, and a Logan apparently from that timeline and time period. It doesn’t add up.

Speaking of things that don’t add up, how does Wolverine have his adamantium claws back? He got those cut off in The Wolverine and there aren’t too many ways to get those back.

We saw Magneto get the mutant cure in X3, and yes the very last scene alluded to the fact that he might be able to get those powers back, or was sort of getting them back. But he was a very long way from that actually happening. So what’s the deal? We want to know!

And finally for the continuity problems, how exactly is it that Professor X is alive in what appears to be his own body? Yes I know the apocryphal explanation is that Xavier had a brain-dead twin brother and the good professor threw his consciousness there when The Phoenix killed him. But are you trying to tell me that this brother looked exactly like Charles AND somehow had become disabled in exactly the same way? I don’t buy it for a second. I would have liked a better (or any) explanation. I don’t like the third film, but it is a part of the cannon, so make something of it.

One of the key plot points of the film is that Magneto manipulates a bunch of metal into the bodies of the prototype sentinels, ostensibly allowing him to control them at his whim. But when the time comes, he is not only able to make them do whatever he wants by manipulating the metal, but apparently he can control the electronics and whatnot too. This is just really weird.

One final thing that felt really weird to me was that near the end of the film, Wolverine was discarded — literally. He was hurled off the screen and into the Potomac by Magneto. And that’s it. He’s the one that has traveled back in time, he’s hurled to the bottom of a big body of water and that’s it for him.

It’s hard to mention everything — like the fact that Michael Fassbender’s performance as Magneto in this film is even better than his last. Not that his performance in the last film was bad, but that this performance felt like a great hybrid between what he did in First Class, and what we’ve scene from Ian McKellen. Or the fact that Magneto decided the best course of action would be to kill Mystique since it is her blood that could be used to wipe out mutants. Very classic Magneto. Or the fact that I loved the older, wiser portrayal of Wolverine and much more.

This film, despite the flaws I have mentioned, was so good and exactly what I wanted to see from the X-Men franchise that I can’t recommend it enough. I haven’t made my decision on whether I like it better than The Winter Solider yet, but just the fact that I don’t know yet should tell you what territory we are in. I heartily recommend this film and truly hope the X-Men franchise now has new life with which to move forward.