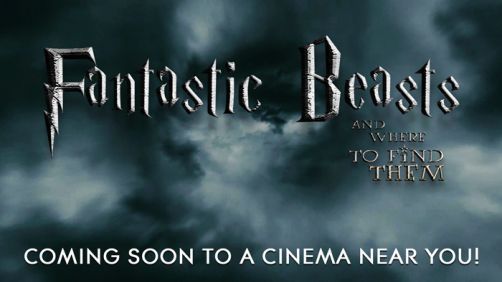 The “Fantastic Beasts” movies are based on an original story by “Potter” author J.K. Rowling and will mark her screenwriting debut. Release dates are slated for 2016, 2018, 2020 and perhaps beyond.

“Jo has a vision for this extension of the franchise, and for the first time, she is writing the script for what she believes is at least a trilogy,” Tsujihara said.

My feelings remain mixed on this upcoming series, but I can’t help but be excited. And I consider J.K. Rowling to be a fantastic writer so the fact that she is the one writing the screenplay, not just the source story, is an exciting proposition.