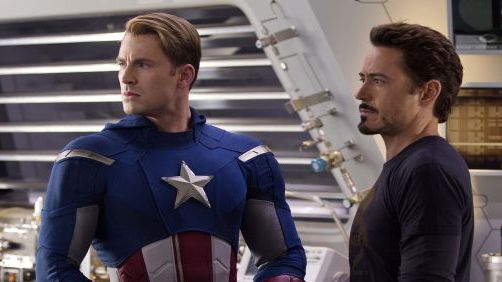 According to Variety, who got the scoop, Captain America 3 will kick off a whole new phase for the Marvel Cinematic Universe. The Civil War storyline centers around the Superhero Registration Act, which requires anyone with superpowers to identify themselves to the U.S. government and effectively work as a police force for the authorities. The controversial legislation pits Tony Stark against Steve Rogers, with the former supporting the program and the latter arguing it threatens civil liberties.

I don’t like the idea of pitting any of the Avengers against each other. I like the idea better that as time goes on they are growing closer together and learning to trust each other. But, at the same time, Marvel has built up a great deal of confidence and I have at least a little faith in them. So I eagerly anticipate seeing what they have for us.

I’ll tell you this too, just look how much the rumor machine has ramped up. Avengers 2 is not even out and we’re getting rumors about Captain America 3, Avengers 3, and more. Marvel is sure in the limelight right now.