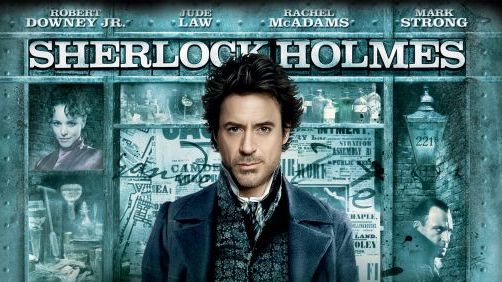 “Yes, we have a Sherlock 3 in development. We want it to be the best of the series, so that’s a pretty tall order,” RDJ answered, “Also, Perry Mason is a property I’m looking forward to developing further, going back to the 1931 book series…similarly to what we did with the first 2 Sherlocks, mining the original material for things that are ‘new.’”

That is really good news and I’m really looking forward to it. I’m a fan of BBC’s Sherlock with Benedict Cumberbatch, but I really love the films with Downey and I want more.

Speaking of Benedict Cumberbatch and Sherlock, Robert Downey Jr. is a fan as well.

Speaking of the crime drama, Downey couldn’t help but give credit where credit is due, and praised his fellow thesp Benedict Cumberbatch, who also plays the same role for the BBC series. “Very impressed with Benedict,” he wrote. “Such smart writing on that show. I have screen envy.”