‘The Hobbit: The Battle of Five Armies’ Battle is 45 Minutes Long 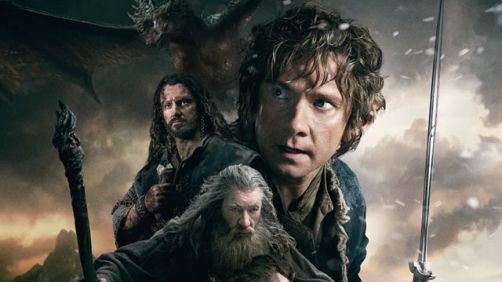 Peter Jackson doesn’t shy away from the idea of making epic-length stories, and of creating conflicts within them that match the overall scope of his Middle-Earth films. The Lord of the Rings films are known for absolutely massive battles, but the final Hobbit film,The Hobbit: The Battle of the Five Armies is the only one which actually features the word “battle” in its title. Accordingly, the actual Battle of the Five Armies will be truly massive: 45 minutes long.

I think Peter Jackson is off his meds (still). But hey, while we’re at it, we might as well split this movie up into two parts, because, you know, otherwise we wouldn’t be able to fit it all in.