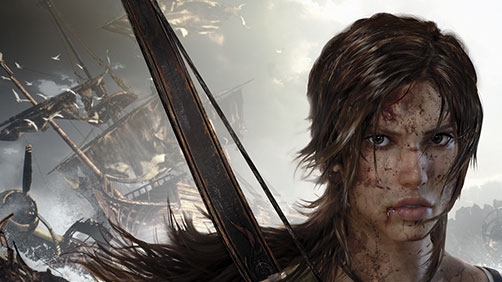 If it worked for Batman and James Bond, why not Lara Croft?

When the producers behind the now 17-year-old “Tomb Raider” videogame franchise considered options to breathe new life into the series, they turned to movies like Christopher Nolan’s “Batman Begins” and 007 adventure “Casino Royale” for inspiration.

The result is the simply titled reboot “Tomb Raider,” out today through Square Enix, that introduces a younger Croft (now 21) and sends her off on her first big adventure. The action and setpieces are amped up; the graphics are slicker to cater to a younger generation of…

Storm to Appear in ‘X-Men: Days of Future Past’ 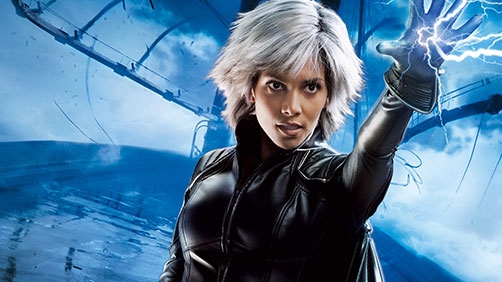 Not much to this one, but we’ve now got confirmation that Halle Berry will once again wear a platinum wig to play the mutant Storm for director Bryan Singer in X-Men: Days of Future Past.

Other cast members from the original X-Men cast assembled by Singer are returning for the director’s new chapter, including Patrick Stewart, Ian McKellen, Hugh Jackman, Ellen Page, and Anna Paquin. Berry has been rumored for a while, along with other potential returnees James Marsden and Famke Janssen. Those last two are not confirmed at this point.

All I have to say about this one is, good. I want… 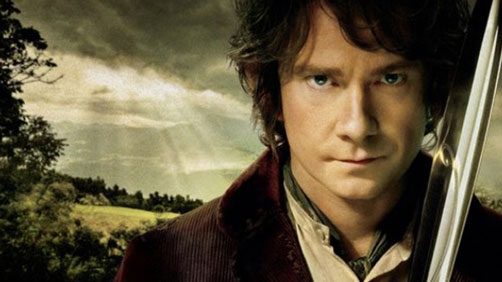 The Hobbit: An Unexpected Journey has officially surpassed the billion dollar milestone at the worldwide box office. To date, the blockbuster has earned $301.4 million domestically. With its recent release in China, where it has grossed $37.3 million in 10 days, the film has earned a staggering estimated $700 million internationally, for a global total of $1 billion to date.

Becoming only the 15th film in history to exceed one billion dollars worldwide, The Hobbit: An Unexpected Journey recently earned three Oscar nominations, for Best Production Design, Best Makeup and Hairstyling, and… 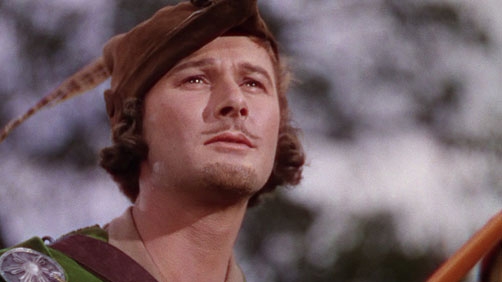 As New Line today opens Jack The Giant Slayer and Disney readies next week’s Oz The Great And Powerful, Hollywood’s infatuation with revisionist fairy tales shows no signs of abating. DreamWorks jumped into the fray last night by closing a mid-six figure against seven-figure deal for Merry Men, a pitch for a film that will be scripted by Brad Ingelsby with Act Of Valor co-director Scott Waugh attached to direct. Neal Moritz will produce through his Original Film banner. Waugh will also be a producer through his Bandito Bros shingle and Toby Ascher will be exec producer.

I’m told that the…

Nolan to Take On ‘Justice League’ with Bale? 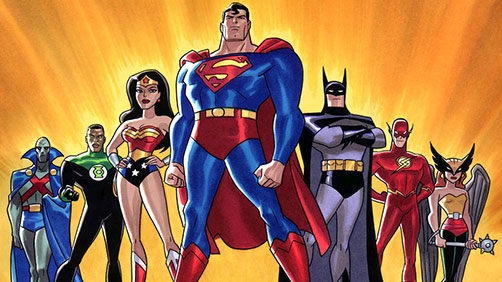 In every interview he did last year—including our interview with him from December — Christopher Nolan maintained that his take on Bruce Wayne and Batman was over with “The Dark Knight Rises.” Now, however, Latino Review (via Forbes) is reporting that Warner Bros. —after possibly scrapping Will Beall’s draft—is in talks to get the secretive director on board for the future of their superhero slate with a little help from his friends.

“Well, I’m producing Superman now and I’m enjoying time off and taking a break” is what Nolan said last year when we asked him if he was done with… 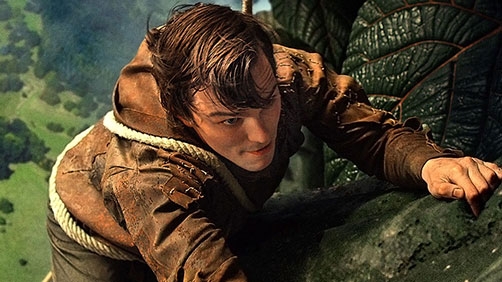 Jack the Giant Slayer (CinemaScore: B+) picked up significantly over the weekend, earning a $28 million opening on 3,525 screens. This is better than it was tracking on Friday, likely due to the fact that families waited until the weekend to see the film. Still, it’s nowhere near what the movie needed to take in on its opening weekend, and will likely not even come close to making up for its almost $200 million budget.

As the first $100 million movie of 2013, Identity Thief made $9.7 million in its fourth weekend in theaters. Down 31% from last weekend, Universal’s Jason Bateman…

Gary Oldman in ‘Dawn of the Planet of the Apes’ 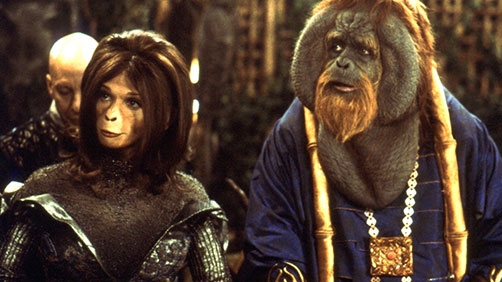 Things are really ramping up for Matt Reeves’ upcoming Dawn of the Planet of the Apes. In addition to the returning Andy Serkis, recent reports name Jason Clarke and Kodi Smit-McPhee as two of the sequel’s principal cast. Now, ComingSoon.net has learned exclusively that Gary Oldman will be boarding the project as the leader of a human colony!

Yawn. Maybe I need to make time to watch the Planet of the Apes thing that James Franco was in, but I was so put off the franchise by the installment with Mark Wahlberg that I can’t muster up any “give a care.”

Emma Watson in Talks for ‘Cinderella’ 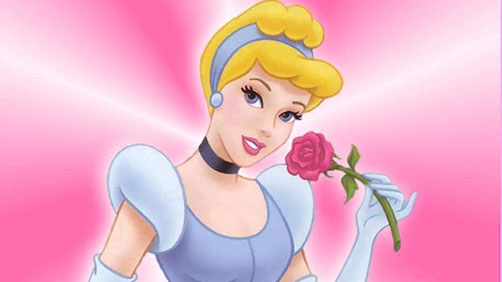 Actress Emma Watson is in very early talks to take on the role of Cinderella for Disney.

We had learned late last month that Kenneth Branagh replaced Mark Romanek as director. The film’s script is by Chris Weitz. Cinderella has already cast Cate Blanchett in the role of the Evil Stepmother.

Disney wants to begin shooting this fall and release next year. It’s the latest in a line of live action fairytales: Alice in Wonderland, Oz the Great and Powerful (out next month), and Maleficent (out March 2014) have been highly publicized and so far successful.

Those who’ve been following… 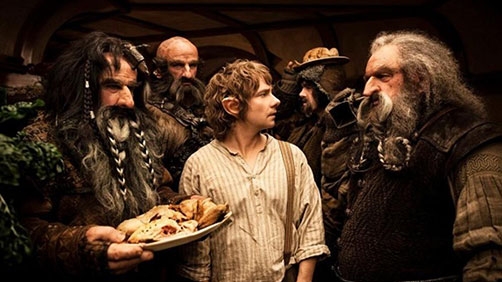 Warner Bros has pushed the release date for The Hobbit: There And Back Again to December 17, 2014 from its original date of July 18, 2014. This is the final film in Peter Jackson’s trilogy adaptation of the JRR Tolkien novel. Hobbit 3 now avoids going up against X-Men: Days Of Future Past and so far is solo in the December 17th spot.

Still seems ambitious to me. I would love to make films like this some day (dream on, right?), but knowing how filmmaking works, at least in the indie world, I can’t imagine trying to get this all done in that amount of time.

‘Man of Steel’ Is Action Packed 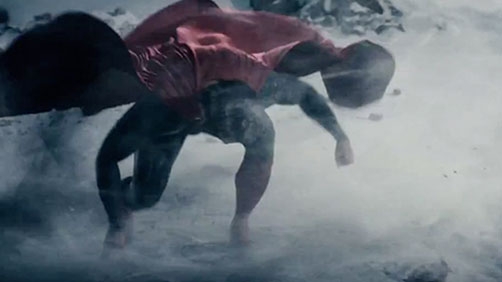 A scooper (whom we know and trust 100%) has sent us reactions to early screenings of the film happening at WB, addressing many of the common concerns that we’ve all had from the beginning.  Here’s his bullet points from the screening(s):

- It’s the best movie of the year.

- There’s TONS of action with Superman kicking all kinds of ass in his suit.

- The cape is CG’d most of the time so it can look awesome.

- They have intentionally left out most of the the Super action in trailers to save it.

- It’s not nearly as dour and…